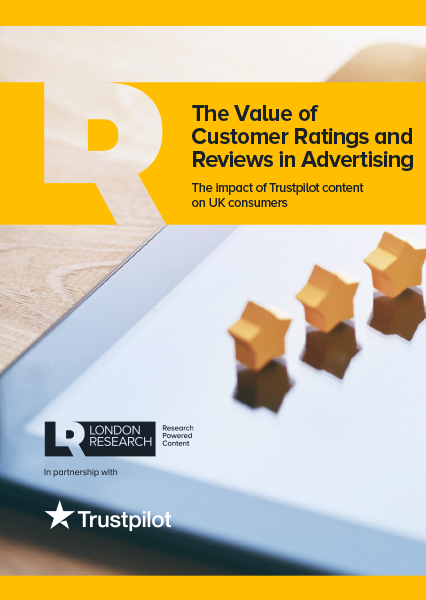 The Value of Ratings and Reviews in Advertising

This report from London Research in partnership with Trustpilot looks at the impact of showcasing customer ratings and reviews, with a focus on the effect of Trustpilot content in digital campaigns.

influenced by customer reviews during the journey to purchase, and 60% say the same of customer star ratings.

A survey-based research technique called MaxDiff was used to quantify consumer preferences when respondents were shown different combinations from a series of 10 advertisements for a fictional company called Connect.

The report is based on a survey of 1,000 UK consumers. Similar research was also carried out for the US, Netherlands, Italy and Germany markets.